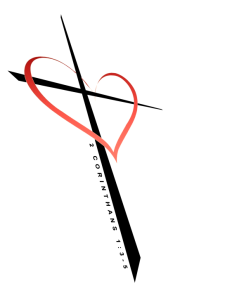 By the year 2009, you know my story arc,  life was miserable. But the Chinese New Year season was especially miserable. Yet, it was exactly during my misery during Chinese New Year that I discovered that the Gospel is embedded in the ancient Chinese language. This discovery was one of the important starting points in reclaiming back the life that I lost. God was using my time of misery to find Truth, and in the process, to eventually find comfort.

My testimony is divided into 3 components: 1) My period of ascertaining the truth (how do I know the Bible is reliable?). 2) My period of knowing exactly what the Bible is saying (If the Bible is reliable, what does it really say? Does God want us to suffer, or is His heart for us to have joy? Do we get through life ourselves or do we rely on God? Are supposed to be pushovers or are we “the head and not the tail”?). 3) My period of having faith in God’s promises even when things went against me.

Needless to say, when I found biblical stories embedded in Chinese characters, the process of seeing extrabiblical sources verify the Bible started, though it would take me 3 more years before I fully believed.

The following are snippets from considerthegospel.org, I find they articulate my findings well.

To understand the significance of these calligraphy discoveries we must first understand some background about Chinese (references used are at end of post). Written Chinese arises from the beginning of Chinese civilization, which dates back about 4200 years. This means that the Chinese script was developed about 700 years before Moses edited the book of Genesis (ca 1500 BC). We can recognize Chinese calligraphy when we see it. What many of us don’t know is that the ideograms or pictures of Chinese ‘words’ are constructed from simpler pictures called radicals. It is very similar to how in English we take simple words (like ‘fire’ and ‘truck’) and combine them into compound words (‘firetruck’). Chinese calligraphy has changed very little in thousands of years. We know this from script that is found on ancient pottery and bone artifacts. Only in the 20th century with the rise of the Chinese communist party has the script been simplified.  Today there is a simplified script and a traditional script, with the traditional script going far back in time. (1) 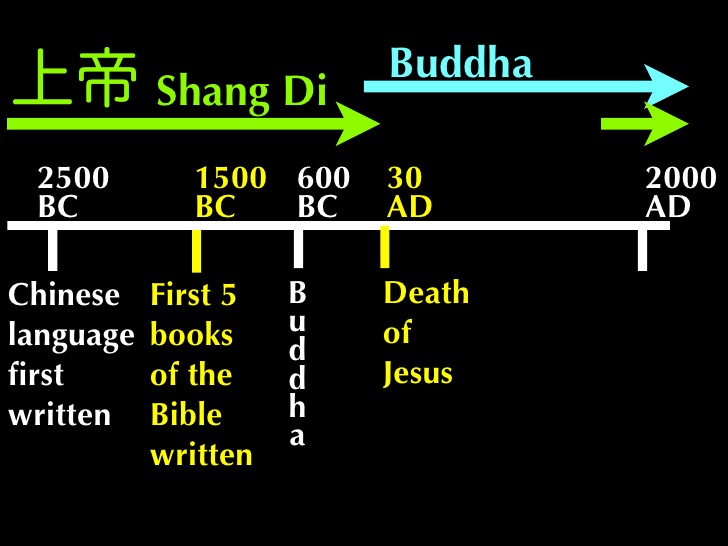 This has always confounded me is that I found no reason in Chinese culture that I know of that would construct the following words in the manner below.

Consider the Chinese word for “Boat”.

The Chinese ideogram for ‘big boat’ is shown below. The radicals that construct this ideogram are also shown:

They are ‘eight’ ‘people’ in a ‘vessel’. If I was going to depict a big boat why not have 3000 people in a vessel. Why eight? Interesting, in the biblical account of the flood there are eight people in Noah’s Ark (Noah, his three sons and all their wives). (2)

Notice how the ‘devil’ is formed from “man moving secretly in the garden”.

Garden!? What is the innate relationship between gardens and devils?  They have none at all.

Yet the ancient Chinese then built on this by then combining ‘devil’ with ‘two trees’ for ‘tempter’!

So the ‘devil’ under the cover of ‘two trees’ is the ‘tempter’. If I was going to make an innate connection to temptation I might relate it to a tempting woman, or a tempting vice. But why two trees? What does ‘gardens’ and ‘trees’ have to do with ‘devils’ and ‘tempters’? Compare now with the Genesis account:

The LORD God had planted a garden in the east… in the middle of the garden were the tree of life and the tree of the knowledge of good and evil (Genesis 2:8-9)

Now the serpent was more crafty… he said to the woman, “Did God really say …” (Genesis 3:1)

To ‘desire’ or ‘covet’ is again connected with a ‘woman’ and ‘two trees’. Why not relate ‘desire’ in a sexual sense with ‘woman’? That would be a natural relation. But the Chinese did not do so.

Consider the radicals used to construct the word for ‘righteous’.

The ancient Chinese were an honorable race. Their idea of righteousness has always been character and action based. The lamb is not even considered anything of importance in the Chinese culture (unlike the sacred cows in India), why would “righteousness” have to do with a sheep over you?

This is one of the reasons why Christianity is spreading faster in China than in any part of the world right now, and against all odds. The modern Chinese came from a regime that was communist, they hated and mocked all religion. It is not easy to convince the modern Chinese man of anything remotely superstitious. Many Chinese people realize the implications that their ancient Chinese language has biblical themes baked into them when they are introduced to the Bible. This unlikely connection implies that the Book of Genesis has truth to it and their great grand ancestors had either experienced or heard firsthand the events like Noah’s Ark, and that at one time there was a commonality amongst people that there was one God, and that righteousness came from sacrifice as well as honorable behavior.  No wonder one analyst predicts that by 2030, China will have more than 247 million Christians, including Catholics, making it the world’s largest congregation.

But for me, this gave credence to the Tower of Babel. That all men were united and knew of this one God, but were then separated into different ends of the globe with their different languages so they couldn’t communicate with each other. The Chinese language is so different, yet they speak of the Biblical stories in specific precision. 8 survivors in a ship? A temptor is a spirit between 2 trees? Why 2 trees? Why not 3? Why not a forest?

Many skeptics, including myself, used to scoff at the Tower of Babel. And yet I can’t deny that it’s actually the best theory out there of why ancient languages had common theology and history even when nations couldn’t communicate with each other. The Bible is in Hebrew and Greek, so very different from Chinese. If people were evolved randomly over millions of years, it is not intuitive that separated cultures that couldn’t communicate would precisely have the same precision of “mythology” of Noah’s ark, or that the same “idea” that righteousness comes with sacrifice. This is not intuitive at all. The odds are astounding.

But God has a way of lodging a thorn in our skeptical intellect, so that we are prompted to keep looking until we find Him.

For example, did you know that atheist-at-large before the Johnny come latelys of Richard Dawkins, Sam Harris or Michael Shermer, was notable English philosopher Anthony Flew? Anthony Flew (11 February 1923 – 8 April 2010) was an English philosopher that taught at the universities of Oxford, Aberdeen, Keele and Reading, and at York University. He was a strong advocate of atheism and was even one of the signatories of the Humanist Manifesto III. He was debating theists for years in the public domain for most of his life before he finally believed in the Aristotelian God, that is, that an immaterial, powerful and timeless God created the universe, and He is the uncaused first cause or the prime mover. This is the backbone of the God of the Bible. After multiple debates with theists, he admitted that the cosmological arguments were too strong, that something cannot come from nothing and that a physical universe cannot last for eternity – it’s a scientific and philosophical impossibility. (Note to Lawrence Krauss followers, a quantum field is still a physical “something”, why is it there at all? Even if you get past that, the fact that matter and antimatter didn’t cancel each other out moments after the beginning defies natural law as well, it’s almost as though someone pull them apart and held them apart until the rest of creation can take place. And even if you get past that, evolution leads to less complexity over the long term, not more complexity… this is due to entropy and chaos. Someone or something is suspending all known natural laws to make it all possible.) The deeper understanding I had in science, the more these points became more obvious.

Anthony was a man of logic and science, so God spoke to him that way.

For me, I was a man of logic, history and science, but I was Chinese, and it was Chinese New Year, so God spoke to me in the way I needed it too.

So starting in 2009, instead of only looking to save my life, I started looking for truth instead. It would take about 3 more years, to 2012 before my intellect was totally satisfied that the Bible was supernatural, and the Gospel truth can be believed even when life’s circumstances make you wonder if God is really there or who He really is.

But once I made the commitment to stick with God’s promises, my life started an uphill journey that didn’t look back.

I now echo the words of CS Lewis who said in his book Mere Christianity, “In religion, as in war and everything else, comfort is the one thing you cannot get by looking for it. If you look for truth, you may find comfort in the end; if you look for comfort you will not get either comfort or truth only soft soap and wishful thinking to begin, and in the end, despair.”

PS: Here are a couple of useful links to read more about the subject:

The Story of Genesis in the Chinese Characters from Dave Stewart

7 thoughts on “The Gospel embedded in Chinese Characters”

A new year, a new hope. ⠀ ⠀ ⠀ #newhope #anewhope #newhopeclub #newhopeevent #newhopearts #newhopeacademy #accessisthenewhope #starwarsanewhope #newhopepeople #newhopemovement
2 Corinthians 5:17. Therefore, if anyone is in Christ, the new creation has come: The old has gone, the new is here! Truth: You are new in Christ, even today.
My wife said she had a crush on my all over again. It was worth busting my knees. #iceicebaby #weddingdance
When we are willing to give God our world, God gives us a bigger world back. So what might seem to be a great loss could actually be the start of something great. Check out my recent blog post “what the Kingdom of God looks like to an 8-year-old” in www.letterstoamoderndayjob.com tiny.cc/mi1z5y
%d bloggers like this: