You know that friend that you’re waiting for that keeps texting you “I’m almost there” but hasn’t even left the house yet?

I felt that way about God many times, and just when I wanted to write about that, I had a divine meeting during my quick 2 day trip to Dallas. Why divine?

Meet PJ and Ann, the two good-looking couple on the right. I met them through divine chance after being invited to lunch after visiting Grace Revolution Church for the first time. At lunch, he shared a testimony that blessed me.

PJ had a personal breakthrough in his relationship with God and moved to a new grace-based church. He came to realize that it was the goodness of God that saves and not his own faith, but after which he left his job due to the overwhelmingly demanding environment. In the natural, he expected to get a new job within weeks because his resume was attractive, having only worked for Fortune 100 companies. He was interested in getting into process management and consultation. However, weeks turned into months and after 700 applications later, he was starting to worry as finances were getting tight.

A couple of times, he would get into the final round of what seemed to be a good job, only to be unexpectedly denied. It seemed like God was playing a joke on him, especially since he had been placing his faith in God’s goodness.

With every month and final round failures that passed, PJ’s faith in God’s goodness was tested, and there were times when frustration led to discouragement. Little did he know that God knew what he was doing.

After 9 months, he was shortlisted as 1 of 3 people for a position in his DREAM job. Months earlier, he was asked what his dream job was if he had a choice and responded to do consultation work in Aerospace. Now, he was in the final interview, after being denied too many times from other positions.

As he went in for the final interview, he saw a competitor was scheduled directly after him to interview for the same position. What PJ told me struck me. PJ said that although everything in him wanted to be selfish about it since he was getting desperate for cash and had not worked in so long, he said that God was teaching him in those months that He is not a God of scarcity and that PJ does not have to think like the world thinks. As he waited for the interview to start, instead of praying to beat out the man for the job, he whispered out that God would bless his competitor instead and give him favor for the job for him, even if it was the job he was at the interview for, for God can have something for everyone! He even saw his competitor walking in as he was leaving the interview.  What a spiritual maturity that was borne out of testing!

When PJ told me this part, I totally resonated because 10 years ago, when I was covered with sores, I was openly praying for other people to get healed in church. Many thought I was crazy. PJ was praying for others to get a blessing that was denied him for a long time. I know the feeling. I got excited for him because I know firsthand what happens when we pray for others for the very things denied to you. Because God’s economy is such that when we can let go of ourselves and pray for others, God can “add all things to you.”

PJ was told that he would know the results of the interview in 1 week. One week became three weeks, and this job application process started to look like all the others. Except for this time, it was harder because it was his dream job that was “dangled” in front of him, and that PJ had been trying for months. When I heard PJ say that it had been three weeks, even I felt disappointed that this was another dead end! I was ready to question God on PJ’s behalf already! 🙂

But it was not over.

Finally, the manager called him back.

The manager told PJ that not only did he get the job, but also apologized for getting back to him so late. Not only did PJ get the job he desired months ago, but the manager was late because he was trying to get more pay for him! This is an example of God doing “more than we can imagine” (Eph 3:20). In hindsight, PJ could see the purpose of not getting the earlier jobs. For in Christ, God promises that even disappointments can set us up for something better (Rom 8:28).

Wow. What a wonderful God and a journey of spiritual maturity.

So that day, not only did I get to feel totally at home with the sermon in GRC, I got an equally uplifting personal testimony at lunch as well! I even managed to talk about my own testimony as well as football with Pastor Lian too. How tickled I was that the first time I see her in person is the day I had a sumptuous Sushi lunch too… in America of all places. When I came to Nashville almost 2 years ago, I had no friends or family and had to start from scratch, but I am so thankful that although I have very very little free time, somehow, in those minute pockets of time, God lets me have an audience with the exact right people. Thank you, Jesus.

I was wondering why I was driving 12 hours to get to Dallas for only 1 day… and it turned out to be so meaningful! I came thinking I’m just here to do a favor for a friend, but I left having another Kingdom friend. Just yesterday we called and prayed for each other. PJ started his new job yesterday and wanted to start it off right. He also blessed me in our own pursuits too. When brothers support each other in prayer, it’s a powerful thing. “For where two or three gather together in My name, there am I with them.” (Matt 18:20)

I hope that for those reading this post that your days will be filled with meaning too. May your disappointments all turn into joy as you let God at the helm. 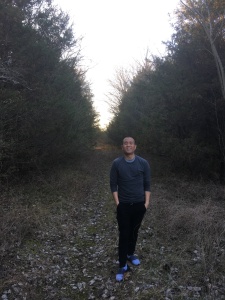 PS: Don’t forget to subscribe to my blog through email (found in the tab to the upper right), and like/follow my Facebook Page too! www.facebook.com/letterstoamoderndayjob